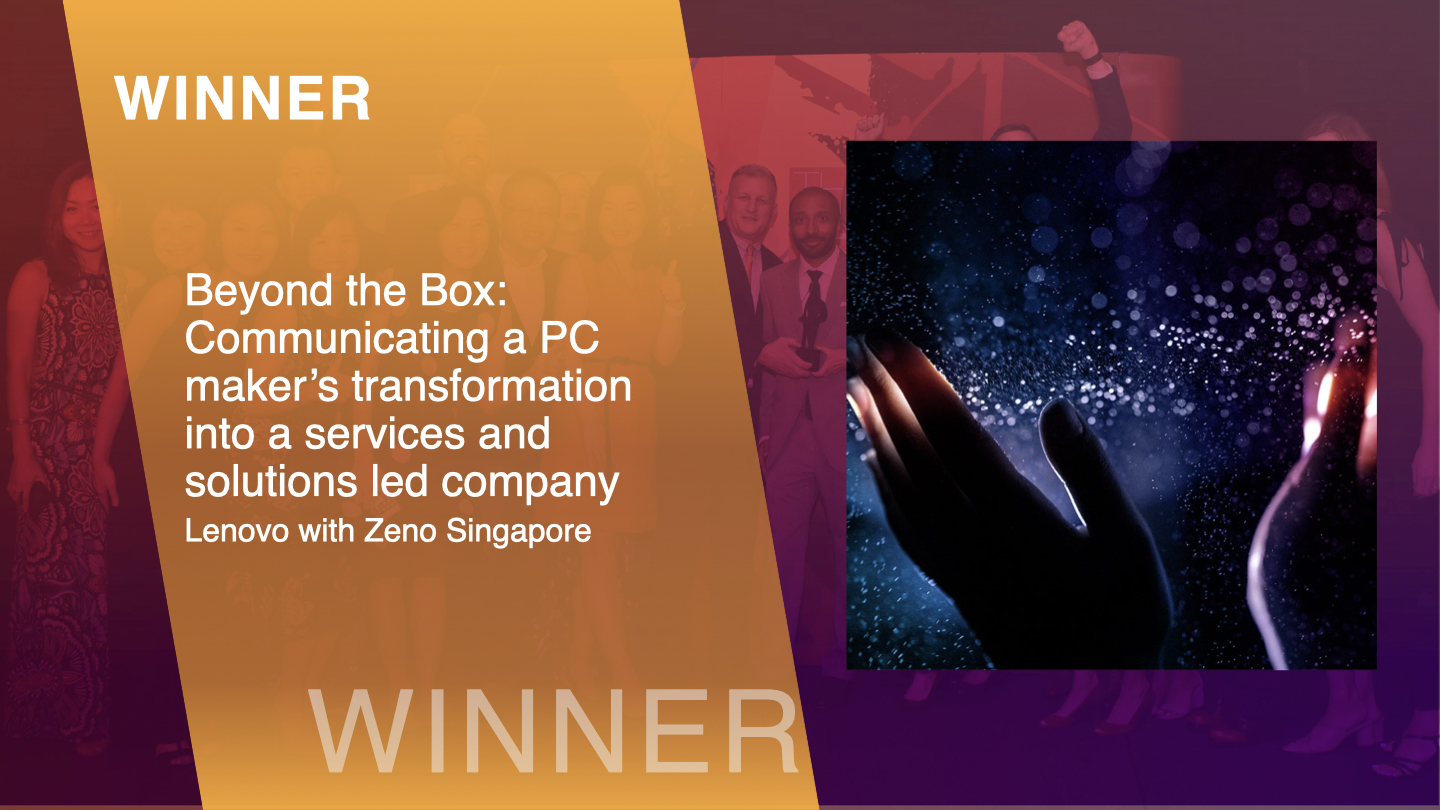 Lenovo was named In-House Communications Team of the Year at the 2022 APACD Awards, which took place as part of the Asia-Pacific SABRE Awards in Singapore yesterday.

The Awards, which are administered by the Asia-Pacific Association of Communication Directors (APACD), focus specifically on in-house communicators. The competition was judged by a jury of APACD members and local chapter chairs.

Lenovo’s entry ‘Beyond the Box: Communicating a PC maker’s transformation into a services and solutions led company’ was produced in conjunction with its PR consultancy Zeno. The submission prevailed over a shortlist that also featured Booking.com, CoreLogic, Nanyang Technological University, and Mubadala.

As the only Asia-Pacific awards scheme that focuses specifically on the in-house communications sector, the APACD Awards not only reflect the unique status enjoyed by the Asia-Pacific Association of Communication Directors (APACD), but also highlight the fundamental role that communications has played in a year of considerable flux.

“The APACD Awards are designed to recognise sustained excellence among in-house communications professionals and teams,” said APACD president Azmar Sukandar. “As the importance of the communications function is rapidly elevated by the remarkable times we live in, it’s critical that APACD benchmarks and celebrates the people and companies that are setting standards across our fast-changing region.”