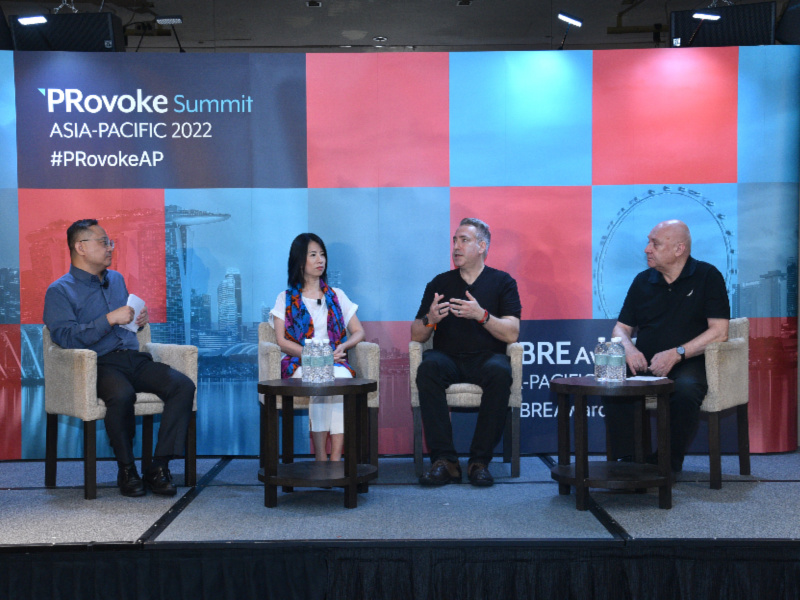 SINGAPORE — While the promise of going global is up post-Covid, Asia-based companies face a range of challenges in expanding beyond their home countries, not the least of which are more nuanced than economics, according to industry experts speaking last week at PRovoke Media’s Asia-Pacific Summit in Singapore.

“Where the difference really is for Asian companies to move into other countries is culture, and it’s very difficult particularly for Chinese companies,” said Ferry de Bakker, an adjunct lecturer at Nanyang Technical University’s Wee Kim Wee School of Communication and Information.

“It is very well accepted that the Japanese are different. We accept it. But the Chinese companies and Chinese management must behave in a way that Europeans understand. That I think is very unfair,” he said.

The discussion centered around a new Weber Shandwick study that polled more than 200 senior leaders of Asia-based companies about their plans to expand outside their countries and outside Asia. Respondents represented the region’s four biggest economies — China, Japan, South Korea and India. All participants worked for companies with at least $100 million in annual revenue in industries including automotive, entertainment, finance, hospitality, manufacturing, telecom and IT.

Most respondents (70%) cited growing revenue and profits as their primary reason for considering expansion. That number was higher (82%) in South Korea and India and lower (59%) in China and Japan. Saving money in production and operations and attracting new talent and investors are among other motivations.

Companies’ top consideration in making such a move is whether there is demand for their products or services, the study found. Other considerations include the ease of navigating local culture, political and economic stability, and competition.

“There are a lot of new challenges, changes that governments have imposed on Chinese companies, the geopolitical situation is much more serious,” said de Bakker, adding that those challenges are compounded by the likes of Russia’s war on Ukraine. In turn, expansion requires Asian companies’ need to double down on communicating their corporate purpose and bolstering their reputations to gain favor, he said.

Najberg, however, said he finds it “astonishing” that so many Asia-based companies are even considering going multinational given that some of the region’s largest players, like Alibaba and Tencent, are less than 30 years old, and have grown at “lightning speed.”

The region’s success stories, he said, reflect companies’ due diligence in adapting operations to the way people do business in other countries. “Alibaba beat everybody in China and Western companies because it understood local business habits and consumer habits,” he said.

Seow said she sees opportunities for businesses in expansion despite the range of challenges, regionally as well as globally.

“We have to have the cultural understanding as much as we have to learn what’s in that market,” she said, adding that, in many cases, it’s difficult for companies to even understand what the challenges are in different countries until they are on the ground.

“Businesses still have to go on, but we have to learn how to be respectful of what’s happening in other countries,” she said.

None of which, including geopolitical challenges, is necessarily new, she said. “The world order has been around for hundreds of years. It’s just a matter of how we have heightened that.”

De Bakker, however, said he believes geopolitical problems, including conflict like the Russia/Ukraine war, will continue to mount and companies need to prepare for what may be that new reality. “I think we are at the beginning of a very difficult cycle. I am not optimistic,” he said.