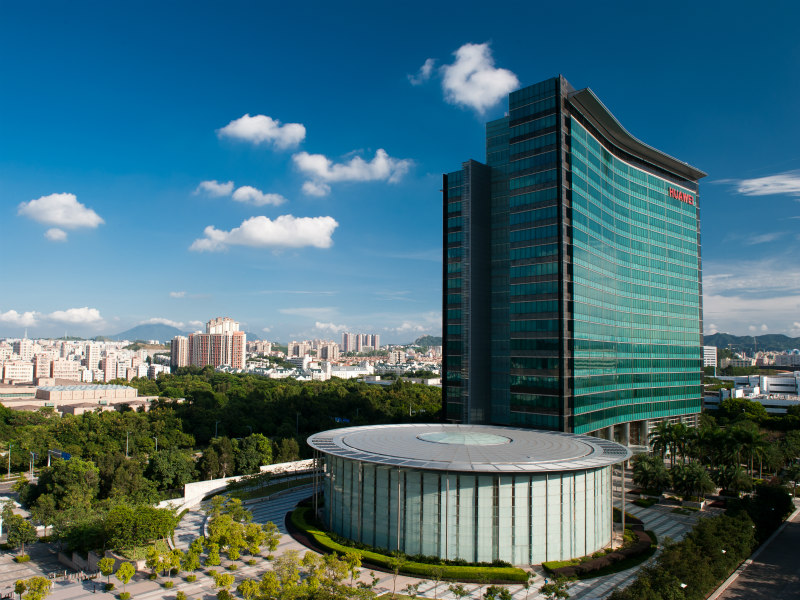 It was about 20 miles into my second ultra-marathon when I had the heart attack.

As I sat there, downing a ninth can of Coke to pump sugar and energy into my exhausted body, my despair grew: I clearly wasn’t going to beat my previous time.

But I was determined to finish the race. The next 43 miles were a struggle as I plodded across England’s Ridgeway hills alongside other grim-faced runners through an unwelcome burst of heavy summer hail.

Two things drove me on. The first was the thought of the finisher’s medal: If you don’t finish, you don’t get it.

Second, I didn’t actually realize I’d had a heart attack. Had I known, I would have stopped. As even my wife will occasionally attest, I’m not a total idiot.

I pondered this recently while editing the latest edition of Huawei’s thought leadership magazine, Transform. It’s been just over a year since I joined the company, and the jokes from my non-Huawei friends are as familiar as the forced smile I dutifully wear upon hearing them: How’s life in the Chinese government these days, Gav?… Hey, Gav’s here, better turn off my phone, in case someone’s listening.

Like an ultra-marathon, it goes on and on. I deserve another medal.

I can’t say I wasn’t warned. “Listen,” said one old college mate, upon hearing that I was leaving the BBC for Huawei. “There’s a new Cold War…” Dramatic pause. “…And I just worry you’re joining the wrong side.”

I blame the media, of course. Journalists – and I led a department with 1500 of them – love immediacy. They love the new angle, the tiny factual discovery that allows them to “move the story on” and get one up on rival news outlets, even though most of the audience won’t know, or care about, the difference.

Meanwhile the slow-moving juggernauts of real societal change grind on, largely unremarked upon. Technology is transforming everything, but most reporters focus on which billionaire has launched a private space rocket, or how long it will be before AI becomes sentient and takes over the planet.

I understand. That’s how it was for me as well, until I joined Huawei.

As with the BBC, my belief in the company grew stronger over time. Although Huawei’s global footprint and heavy R&D spending are impressive, the journalist in me responds to stories about people: a retired French chef who learned to use the internet in a Huawei training program; an entrepreneur who created a digital platform to help farmers in her native Uganda; a New Zealand doctor who brings healthcare to remote towns through a mobile clinic built in a high-tech shipping container.

These and other stories give me faith in technology’s power to transform lives.

At the BBC, we believed in serving the public, being impartial, and holding power to account. But I always felt that as journalists, we were merely observing change – bemoaning failures and casting an armchair general’s weary eye over what others did – rather than entering the fray ourselves. After 27 years, it was time to get off the sofa, even if that meant enduring jibes and allegations of naivety.

Happily, I’ve grown comfortable in my new, thick skin. I’m pretty sure other PR professionals will undergo a similar transition if they stay in the business long enough, figuring out how to represent clients whose identity has, for better or worse, become inextricably bound up with that of a particular country. It’s a challenge that will only get harder if current rivalries intensify.

Yet while grandstanding politicians may call for decoupling, businesses have a different take. Research by Morgan Stanley, for example, shows that 58% of managers surveyed in North America, Europe and Asia were either “somewhat unreceptive” to re-engineering their global supply chains, or “not receptive at all.” Small wonder: such a conversion – onshoring, nearshoring, friend-shoring, or whatever you want to call it – costs money.

But there are other costs as well. Innovation, that corporate talisman, can’t magically be conjured up simply by spending more on R&D. Another necessary ingredient is collaboration. Oxford University economist Carl Benedikt Frey says innovation stagnates when researchers in different countries stop talking to one another. He argues that “by connecting real-world networks, such as Silicon Valley and Tel Aviv, or Oxford and Zhongguancun, remote collaboration increases the innovating potential of [society’s] collective brain.” Erect too many barriers, and that collective brain is slowly starved of oxygen.

These are the kinds of messages I try to get across in my work at Huawei. And for today’s PR professional, they go straight to what may be the defining challenge of our industry: how to operate globally without getting sucked into geopolitics that harms your client, your firm, or your own reputation.

Sometimes, this can feel like an unwinnable fight. But it’s really more like an ultra-marathon. Crossing the finish line will take perseverance, grit, and the willingness to keep plodding. Even if it occasionally gives you a heart attack.

Gavin Allen is editor-in-chief at Huawei Technologies. Previously he spent 27 years at the BBC, where he led global news programming in TV, radio, and online.